The Evolution of Women's Hats 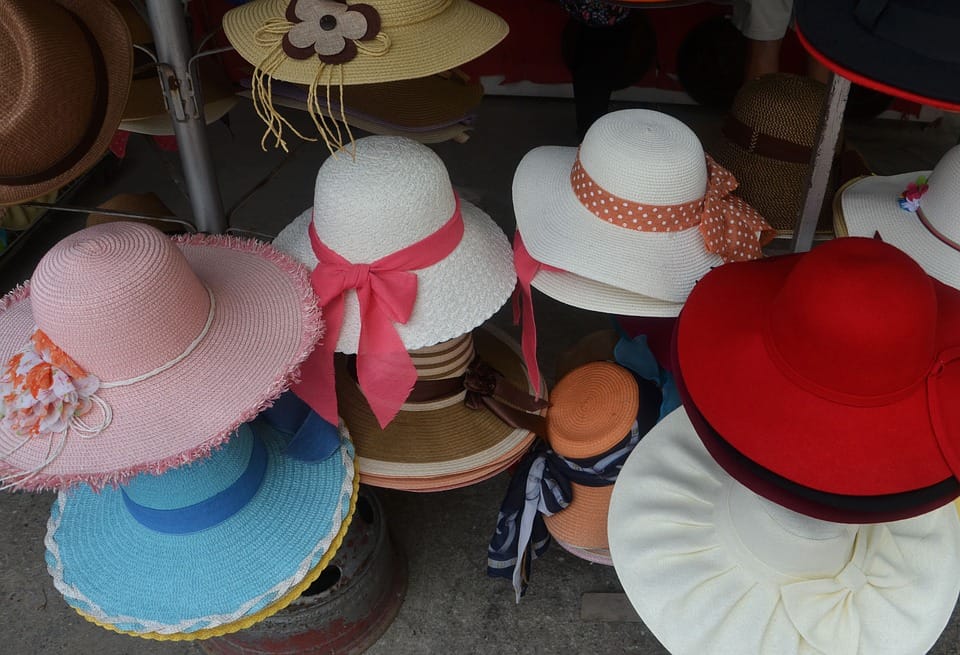 Hats are considered a great accessory these days, though optional. However, this wasn’t always the case. In the past, they were a must—women wouldn’t consider leaving the house without one!

What initially launched the popularity of hats was actually a church decrial, which required women to cover their hair in holy places. Nowadays, though law no longer governs women’s accessories, many women still favor the look and style of wearing a unique church hat.

Before choosing the piece that best suits your style, let’s take a look at some of the changes in hat fashion and tastes over the years.

Hats in the 18th Century

During the 1700s, hats became more fashion than function, giving rise to professional milliners. It’s interesting to note that the term “milliner” comes from Milan, the Italian city that was host to the highest-quality hat makers.

At that time, one of the most important marks of high-class beauty and wealth was a milky-white complexion. Prominent hats that protected the skin from the sun became a necessity for the elite.

In the 1770s, the flat, pancake-like shepherdess style of hat went out of style, ushering in the collapsible bonnet. This style was born out of a need to protect women’s newly fashionable large hairstyles. Bonnets protected these hairstyles from the weather. They were typically made of wood, and women put them in front of their faces to protect themselves from the elements.

After the French Revolution, there were many changes in the lifestyle, politics and taste. Even fashion began to favor the middle class. The aristocracy was looked down upon, and their elaborate hats fell out of favor. The rejection of the bourgeoisie and the introduction of cotton from India made simple house bonnets the new normal.

During the 1810s, the new look became straw hats. However, a lack of access to Italy’s high-end straw bonnets gave rise to more affordable bonnets that were shaped out of pressed cardboard and covered in fabric. During the 1830s, nearly all women wore bonnets that were specifically made to show the front of their face, but hide their profiles. This style was often accompanied by a veil, which was meant not only to protect her face from the rays of the sun, but also from the gazes of strangers. How mysterious!

Over the course of the rest of the 19th century, brim size steadily decreased, making exposure of the woman’s face and hair more acceptable over time.

Headwear and Hat Fashions in the 20th Century

In the early 1900s, hats were necessary to maintain the fashionable S-shaped silhouette. A sizable hat balanced out the curves of the corseted bodices and voluminous skirts.

However, as dress silhouettes became more slender, hat brim sizes grew even more. By 1911, some hats were even wider than the reach of a woman’s shoulders! These large pieces were kept in place by very long and sharp hatpins, which also doubled as a handy weapon in case an admiring gentleman got too fresh and had to be put in his place.

Later, in the 1920s, society saw the rise of the cloche hat, which had almost no brim, but covered much of the head. By the Second World War, hat style became “anything goes,” giving women freedom to wear whichever style they liked most.

By the end of the 1960s, women’s formal headwear had mostly died out. In 1967, even the Catholic Church repealed their hat requirements.

In the 1980s, however, Princess Diana made hats chic again, helping to spur a revived interest in expertly made, fashionable hats. Ever since, fashionable women everywhere have included hats and fascinators in their formalwear. In England especially, statement headwear is a must for special occasions of all types. As young, stylish royals increasingly influence mainstream fashion, we’re seeing young women return to hats as a staple wardrobe accessory.

Though today’s chic women don’t need hats for sun protection or social propriety like a Kentucky Derby hat, the elegant touch that a fancy hat lends to an outfit is still commonly sought out for a polished, sophisticated look.